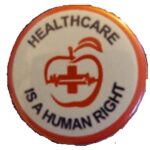 “We Decry The Unforgivable Sin of Legalized Manslaughter for Profit!”

* Interviews are available with the Desnoyers’ family upon request.

Madelyn Hoffman, former NJ Green Party candidate for the U.S. Senate (2018 and 2020) and New Jersey governor (2021) was in Buffalo, NY this past weekend to report on an extremely important event, publicizing “Danny’s Story.” Madelyn Hoffman, also  a host on Kerberos Media, live streamed the event (See the live stream here. ) and spoke about the need for single-payer national health insurance. Three years ago to the day,  the 29-year old Danny Desnoyers committed suicide because a corporate insurance company, run by a priest, refused to give Danny the necessary medications. They refused because Danny was $20 behind in his payments. What follows are the words of Danny’s parents as they prepared to face the 3rd anniversary of his suicide (April 9th, 2022). Said Madelyn Hoffman, “If this story doesn’t make you even more dedicated to advocating for an improved and expanded Medicare for All…I don’t know what more to say.”

Howie Hawkins, the Green Party US candidate for president in 2020, and recently announced Green Party candidate for Governor of New York State, sent in a statement of support for the event. In it, he stated, “The death of Danny Desnoyers because he was denied medication by the for-profit Managed Medicaid program run by FidelisCare, a subsidiary of Centene, was an unnecessary tragedy. That tragedy is rooted in the for-profit administration of both health insurance programs, including public programs like Medicaid. These for-profit managed care companies are living a lie. They say they provide medical care, but they increase their profits — and the obscenely high executive salaries of their management — by denying care.

“Health care should not be a buy-or-die commodity where people with illnesses do not get the treatment they need and too often die for the bottom line of private insurance and managed care companies.”

“The Unforgivable Sin of Legalized Manslaughter For Profit”

Danny’s father Scott’s demands: I will be demanding the resignation of “Father” Patrick Frawley and demand he respect the teachings of his faith to take care of the poor and sick. I will demand after stepping down that he join forces with M4All hero and insurance turncoat Wendell Potter and fight alongside us to replace insurance companies with a single payer universal healthcare system. I will demand that he fight to get the NYHealth Act to replace his founding company FidelisCare until we are able to get the national level passed. I will also give “Father” Frawley an option to instead admit that no “man of God” would ever profit off of the suffering and death of the poorest among us by denying Medicaid patients the treatment they need to live, and renounce his title of priest.

I also plan on hosting a short vigil for the 68,000 lives a year lost to the greed of our for profit healthcare system.

This overview of and context for the day’s action is also from Danny’s father and mother.

April 9, 2019 my son Danny took his life which was the result of a chemical imbalance after being denied an RX called Risperidone. Risperidone is an atypical antipsychotic with a known risk of suicide upon withdrawal.

Frawley sold FidelisCare to Centene in 2018 with the expansion of the MMP in 2018 for $3.8 Billion. He temporarily retained the position of CEO with a salary of $4.9 Million/yr. January of 2019 Frawley was promoted to VP, Social Responsibilities of Centene. Centene increased their revenue by 24% to a net value of $60.1 Billion.

Centene also agreed to two settlements in 2016 over challenges to its business practices.

The company paid Kentucky $7.5 million to settle a breach of contract lawsuit alleging it wrongfully terminated its Medicaid agreement and cost the state $28 million to $40 million.

It also agreed to pay $4.5 million to settle a lawsuit alleging it had failed to pay nurses overtime in multiple states, including Illinois, Ohio and Missouri.

Centene’s Iowa subsidiary, Iowa Total Care, self-reported the $23.6 million in penalties or lost incentives to the company and its subsidiaries as part of its competitive bid requirement.

This is just a small sampling of Centene denying healthcare and being found liable. Legalized manslaughter for profits. They are found guilty of manslaughter and forced to pay a fine which is less than what they earned by killing our children and have lawsuits figured into their budgets! 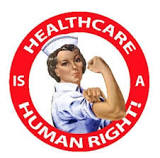