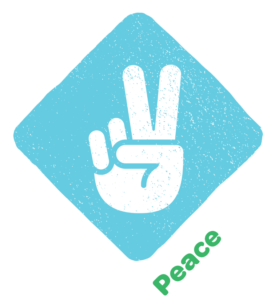 Time to End the Cold War

Do you ever feel a need to check the calendar to see what year it is? I know I do. The Cold War, a time when the world was extremely worried about the possibility of a nuclear war between the former Soviet Union and the United States, supposedly ended with the fall of the Berlin Wall in 1990. This occurred after the U.S. became the first (and still the only) country to use nuclear weapons in war – of course, we are talking about Hiroshima and Nagasaki in 1945. Much of the world breathed a collective sigh of relief in 1990, hoping to move to a more peaceful time and to use the money saved by not preparing for war on ending hunger, guaranteeing safe and clean drinking water, providing education and housing for the world’s population, and so much more.

However, to hear both Democrats and Republicans and the media that report on their statements and policies, leaders of this country never really left those days behind. Cold War propaganda has been used to stir up the fears of the U.S. population over and over again, whether in the context of elections or in situations like today when the cries for war with Russia over Ukraine keep on intensifying. Voices naming Russia and Vladimir Putin as enemy number 1 of the United States are louder than ever.

And some members of so-called “liberal” groups are falling for the propaganda once again. Some members of “liberal” groups are calling for the U.S. to continue to send weapons (“lethal aid”) to Ukraine in large quantities. These same voices are calling on countries like Germany to send weapons, as well. The U.S. can’t afford another war. And a war with Russia would also open the door, again, to the possibility of the use of nuclear weapons, something most of the world recognizes as potentially deadly.

It’s easy to understand how U.S. rhetoric and actions can be seen as aggressive and provocative. And when, at the same time, the U.S. refuses to treat Russia’s security concerns seriously, not only is that combination a recipe for disaster, but once again, U.S./Russia tension threatens to put the whole world at risk.  Russia is asking that NATO stop trying to bring Ukraine into the organization – an act that would be provocative by threatening Russia’s national security and also disrespecting Ukraine’s sovereignty.

To that end, over 100 groups, including 5 in New Jersey, have signed on to this “Call to Action,” for January 30th to February 5th.

Stop the War with Russia over Ukraine!

We must act now to stop the war with Russia over Ukraine, a war that would risk becoming a dangerous conflict between nuclear states. As people residing in the United States, we have a special responsibility to call upon the U.S. government to:

— Stop the war with Russia

— Stop sending weapons to Ukraine and the European Union

— Resolve the current conflict within the United Nations Security Council

— De-escalate the threat of a nuclear war

Once again, our world is facing an imminent threat of war between two major nuclear powers. As in the past, the United States is using the North Atlantic Treaty Organization (NATO) as the vehicle to wage war in clear violation of international law and the Charter of the United Nations.

The Biden administration is currently flying $200 million worth of weapons and other “lethal aid” to Ukraine and has 8,500 US troops on standby to enter that country. ‘Nonessential’ U.S. diplomatic personnel and their families are being withdrawn from the country. The corporate media is lockstep in its portrayal of Russia as the enemy who is about to invade Ukraine. These actions constitute a de facto declaration of war, while the corporate media fan the flame of war.

This current escalation of aggression against Russia through expansion of NATO’s presence into Ukraine is a serious threat to world peace and requires a unified and rapid response by anti-war organizations to stop a major war.

To that end, we, the undersigned groups, have agreed to support a day of action on February 5, 2022, with our demands on the United States government.

On the week of January 30 to February 5, we will hold visibility actions by holding signs and banners in well-trafficked areas such as major intersections or highway overpasses that raise awareness of this urgent crisis and urge the President to stop the war with Russia.

On the afternoon of February 5, we will gather online for a national rally to demonstrate the breadth of opposition to war. During the rally, photos of the morning visibility actions will be shared.

— Task Force on the Americas

— Women’s International League for Peace and Freedom – US

TO REGISTER FOR THE FEBRUARY 5 NATIONAL RALLY, PLEASE VISIT:

Let’s think about this for a moment. The U.S. House and Senate spent days trying to agree on the terms of a bill that would significantly assist in rebuilding U.S. infrastructure. But they have no problems agreeing to increase the funding for the U.S. military year after year. Right now, the baseline military budget is just shy of $800 billion! Both under Trump and now under Biden, the House and the Senate not only easily agree on increasing the amount of the military budget, but are also in the habit of giving the president more money than requested.

It is unfortunate that during this time of the COVID-19 pandemic, serious economic problems for many U.S. households, the need to provide relief to thousands of students collapsing under the weight of student loans, and collapsing infrastructure, more agreement exists over funding the military than over providing support for public health measures and community programs. The U.S. still has no single-payer healthcare program. Student debt has not yet been forgiven. Rents and mortgages have yet to be canceled. But there’s no shortage of money available for war and no late night hand wringing over whether the nation can afford to spend these increasing amounts of money on war. When will it end?

For more information and background on the issues behind the conflict in Ukraine, click on this link. https://fightbackbetter.com/2022/02/03/nyet_us_war/

To contact the author of this piece, send an email to mrhlepaix@gmail.com