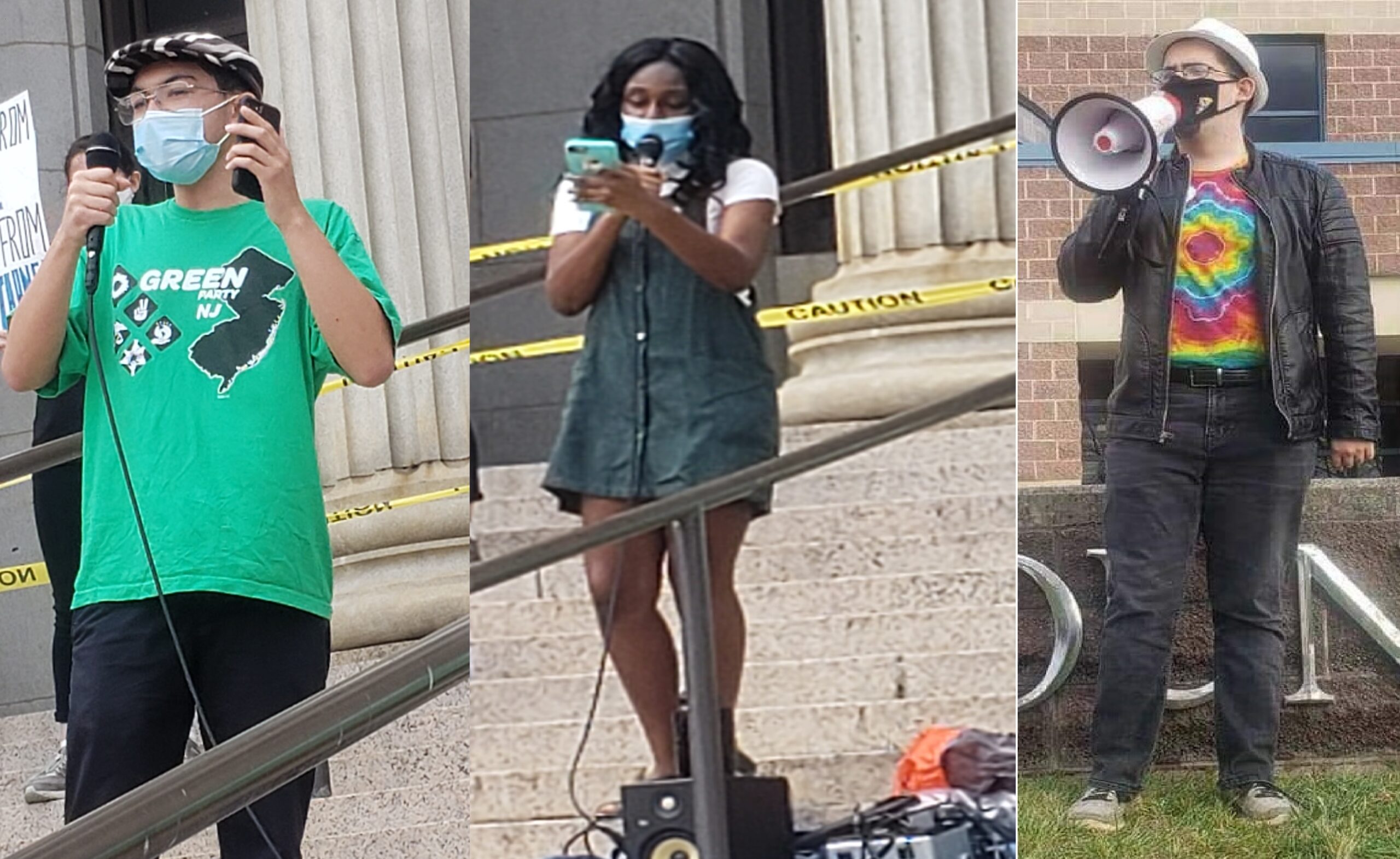 Last February, Anthony Samaniego and Matthew Skolar came up with the idea to build up a caucus for the youth inspired by Green Party policies while at Madelyn Hoffman’s U.S. Senate campaign kickoff fundraiser. Out of this idea began the first chapter for the Young Ecosocialists Caucus of New Jersey. Today, it is approaching 100 members  in 16 of New Jersey’s counties. The Young Ecosocialists Caucus of New Jersey has helped its many young followers realize how just one idea can make a big difference in their communities. The youthful group actively organizes small actions in support of the greater activism community all around the state including mutual aid support, protest, and Green/Socialist political education . On January 31st, some of the Caucus’ most outstanding activists were nominated for the Northern New Jersey Social Justice Awards; Justin Roig, Chloé Alce, Faith Wilson and Matthew Skolar were all nominated for various categories. All nominees gave their wholehearted effort in 2020 to address issues of peace, equality and social justice. Of the Caucus’ four nominated members, Matthew Skolar humbly accepted the Trailblazer Award for Youth Leadership which is awarded to a 19-and-under Youth who has a Proven Track Record of Initiative, Courage, and Activism in Social Justice Issues.

I have personally known Matthew Skolar since 2017 and I can say with great faith that he has dedicated himself to Activism and advocating for Justice years before the creation of the Young Ecosocialists of New Jersey, and is more than deserving of this accolade. Both at our high school and across the state, Matthew Skolar has been a leader in persuading legislators, organizing and participating in protests, educating his community over Social Media, and so much more. Matthew has been particularly invested in addressing the gun violence crisis from a social justice standpoint, racial and economic inequality, insufficient wages for teen workers, immigrant rights, endless U.S. imperial wars, and more.

Additionally, Chair Matthew Skolar of the Young Ecosocialist-Caucus of New Jersey has pushed for Universal free health care as a human right, life-long free education, expanded Social Security, canceling rents plus mortgages for poor communities, and guaranteed housing as a human right. Matthew’s experience in advocacy and activism is where he met Madelyn Hoffman and other activists of the Green Party who ran for Political Positions on the local, County, State and Federal levels.  I moved out of the town where we both lived to Lyndhurst after my sophomore year,  but Matthew continued to reach out and inform me on many local, national, and international issues.

Coincidentally, Matthew moved 15 minutes away from me in his senior year. Matthew invited me to attend Madelyn Hoffman’s campaign fundraiser on February 02, 2020 and I immediately accepted knowing she stands for the same beliefs I stand for, beliefs that challenge the two party system.

With the Green Party and its life-long activists Matthew continues to grow in his activism, awareness raising, advocacy and action-taking for justice. His advocacy and dedication inspired me to join with him in the Caucus we eventually both founded to create in our own small way, a more fair and just world.

I wholeheartedly believe Matthew Skolar  deserves the Northern New Jersey Social Justice Award for his fight for a more fair and just world and establishing an organized youth wing of the Green Party of New Jersey where members inspire each other to take action on issues that matter most to them. I also was excited to watch his work on the record-setting Hoffman for Senate campaign!

Additionally Justin Roig, Faith Wilson and Chloe Alce deserve the recognition for the most outstanding youth activists of the Young Ecosocialists Caucus of New Jersey. Justin Roig has personally dedicated himself to educating the Youth on Social Media about his home country of Puerto Rico under US Colonialism. While many know the history of US imperialism in Latin America and the world some forget that the more direct and less talked about case of U.S. Imperialism in the region consists of Puerto Rico being a territory directly controlled by the United States economically, militarily, and socially. Justin Roig has visited his home country of Puerto Rico several times to research the effects of Colonial practice on behalf of the United States on everyday Puerto Ricans. I personally have received several educational sources from Justin on the history of Puerto Rican resistance against Colonialism. Aside from constantly informing the public on Puerto Rico’s struggle for  independence, Justin Roig became a voice in activism when he gave a powerful speech in Elizabeth during the YES Caucus’ of New Jersey march for climate justice.

Chloe Alce has been the most dedicated Youth activist on the issues of Intersectional Feminism and Environmental Justice, Chloe was also present at the YES Caucus’ of New Jersey rally for Environmental Justice in Elizabeth and made herself heard when talking about climate change impacting BIPOC communities. Chloe is active on Social Media with an Instagram account known as Catcalls of Union County-NJ, which is a Campaign dedicated to spreading awareness against sexual harassment.

Faith Wilson has been the most dedicated activist within the Young Ecosocialists Caucus of New Jersey on the issue of Systemic Racism, by creating a Black Issues Committee within the Caucus and proposing the BREATHE Bill. Faith Wilson proposed the BREATHE Bill in order to liberate Black and Brown Communities who are victims of a Racist Law Enforcement System; with this bill Faith proposes for State and Federal legislators to defund the police, support real Black Liberation, and a strong Anti-Capitalist advocacy that focuses on the racism that helps preserve such a system.

The Green Party of New Jersey is so pleased to witness our Young Ecosocialists Caucus work so hard for change. The highly energetic and determined youth are our present and, as such, will bring us into a better future. 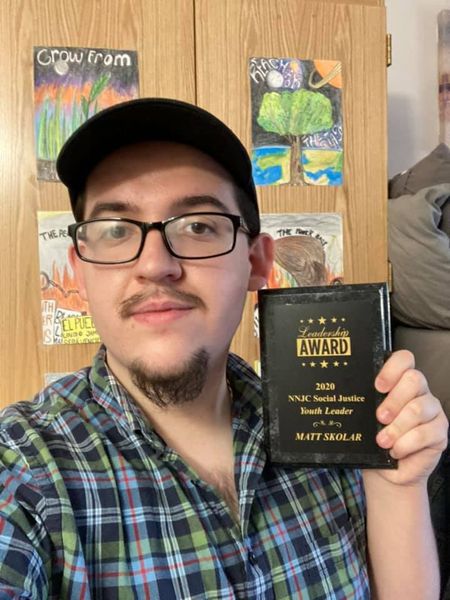