Newark NJ and Buffalo, NY – The families of immigrants detained by ICE, alongside immigration advocates in the Abolish ICE NY-NJ coalition, will rally for People’s Conferences on Thursday, January 14th at 4:00pm, in front of the Newark ICE Field Office and at 5:00PM in front of the Buffalo Field Office.

The family members and advocates will gather for a collective call to demand the release of all people in ICE detention, an end to ICE transfers between facilities, and an end to the inhumane treatment of people held in detention. In addition to those physically present, the testimony of people held in detention, including those who participated in recent hunger strikes in ICE detention at Essex and Hudson County jails, will be broadcast.

“A People’s Conference is giving the mic to the families and the people inside to speak their truth. While institutions like ICE want to dehumanize us and take us away from our communities, we will continue to fight back to tear down walls and jails and build a collective resistance. We need everyone to be complicit in the fight to abolish ICE,” said Haydi Torres, an organizer with Movimiento Cosecha NJ.

In recent weeks, over 140 people participated in hunger strikes at Essex and Hudson county jails to demand that they be released from ICE custody so that they can reunite with their families and community, and fight their immigration cases from outside ICE custody, where they have the resources to do so. In 2020, there were two hunger strikes in ICE detention in Bergen County Jail, where immigrants also demanded their release. In retaliation, ICE has transferred many of those in hunger strike to facilities as far away as the Buffalo Federal Detention Facility in Batavia, NY, the Krome Service Processing in South Florida, and the El Paso Service Processing Center in Texas.

Those on hunger strike called attention to the inhumane treatment they receive in detention, and the dangers posed by COVID-19, which have been heightened in jails, prisons, and ICE detention by lack of social distancing, proper medical care, lack of widespread testing, and denial of PPE and medicine.

Due to retaliation against hunger strikers in Essex and Hudson county jails by ICE and jail staff, most of those on hunger strike suspended their protest as of Monday, January 11th, but some individuals have continued to carry on the hunger strikes, and there are at least 5 people now on hunger strike in ICE detention at the Buffalo Federal Detention Facility in Batavia, NY.

Hunger strikers are routinely threatened with violence and isolation through solitary confinement, and protest leaders on the inside have been targeted for their activities. Hunger strikers have reported being denied access to water and basic necessities for over 24 hours, having personal items confiscated without reason, and being denied access to commissary, calls with families, and legal counsel.

ICE transfers and detentions are common, and deadly, practices. All women previously held at the Buffalo Federal Detention Facility in Batavia were suddenly transferred on Friday, December 11th to the Rensselaer County Jail despite the lack of safety, proper health care available at the facility, and notification to the women and their families.

“Even before the pandemic, people’s health suffered in detention in Batavia. Transfers are not only irresponsibly dangerous during this public health crisis but are made to disrupt detained people’s connections to community, family and advocates. Transfers are being used to punish those who are trying to bring attention to the inhumane conditions inside prisons and detention centers. Immigrant detention is a grave and serious social wrong. It is our collective moral duty to free them all,” said Jennifer Connor, Executive Director of Justice for Migrant Families, WNY.

The 5 hunger strikers in Batavia are being held in solitary confinement, and ICE is threatening to put anyone who joins the strikers in solitary as well. Furthermore, a former hunger striker is being forced to cohabitate in a dormitory of 40 people where 5-6 people are exhibiting symptoms of COVID-19. People imprisoned are doing their best to keep each other safe without the possibility of social distancing, personal protective equipment, and hand sanitation. Currently, the only alternative they are presented with is to report their cell mates to the facility’s medical team, which will result in the punitive practice of solitary confinement which cuts them off from access to phone calls with their family members. Instead of transfers, retaliation and solitary confinement, those who are detained, family members and other advocates are demanding the release of all people from detention in order to guarantee their health and safety. 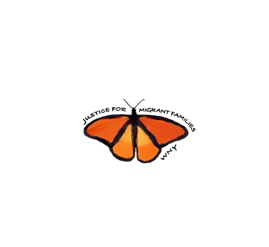